Trial period of the product has expired. The current trial product copy will be automatically blocked in 2 weeks. You can purchase the full version of the product on the site www.bitrix24.com. Blood and its components

Blood and its components

The human circulatory system is a functional system of the body consisting of the bone marrow, peripheral blood, spleen, lymph nodes and liver.

The amount of blood in a person is on average 70 ml per kg of body weight.

More than half (55%) of the volume of blood goes to plasma – a liquid containing proteins, salts, hormones, organic acids and other substances. Plasma flowing through the bloodstream carries billions of cells, some of which are colorless and others give the blood a red color. 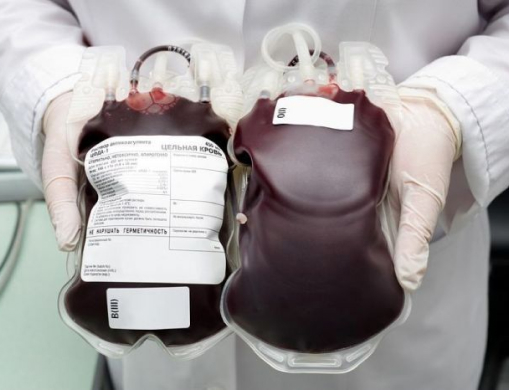 Target elements (cells) make up about 45% of the volume of blood.

Red blood cells make up the vast majority of the circulating form elements of the blood. The main task of red blood cells is to transfer oxygen from the lungs to other cells of the body. Inside, red blood cells are filled with protein plasma and hemoglobin-an important cellular protein. Hemoglobin binds the oxygen of the air entering the blood from the lungs. This is due to the fact that delicate blood vessels, when connected to other cells of the body, oxygen is removed from hemoglobin, receiving in exchange for inhibition – a product of cell life. In the pulmonary veins, hemoglobin releases carbon dioxide and adds oxygen again.

Next in terms of the number of cells in the blood are blood plates or platelets. They are formed in the bone marrow. Platelets have a round or oval shape, there is no nucleus in the cell. When bleeding, they are attached to the inner surface of the damaged vessel at the site of a cut or crack. During the coagulation of blood plasma, special filaments are formed

Fibrous protein, which together with platelets form a dense clot – a clot that blocks the lesion and stops the bleeding. When the number of platelets in the blood decreases, the blood coagulates more slowly and bleeds longer.

The blood also delivers nutrients from the organs where they are absorbed or stored to the place of their consumption; this is where metabolic products (metabolites) are formed, which are transported to the organs that produce them or to structures where their further use is possible. The blood carries hormones, vitamins, and enzymes that are produced in the body. These substances enter the blood from the organs in which they are produced or stored, are distributed in the vascular channel and delivered to the target organs.

Due to the high heat capacity of its main component – water, it provides the release of heat generated during blood metabolism and its release to the external environment through the lungs, respiratory tract and skin surface.

The composition and physical properties of circulating blood are constantly monitored by certain organs and adjusted as needed to ensure the stability of the internal environment (homeostasis).

An important function of blood is its participation in stopping bleeding. This function is due to the ability of blood to close and coagulate the lumen of small damaged vessels.

In a healthy person, bleeding from small vessels stops within 1-3 minutes when they are injured.

Thus, the functional activity of Whole Blood is formed by combining the functions of its components. Accordingly, the following main blood functions are distinguished: